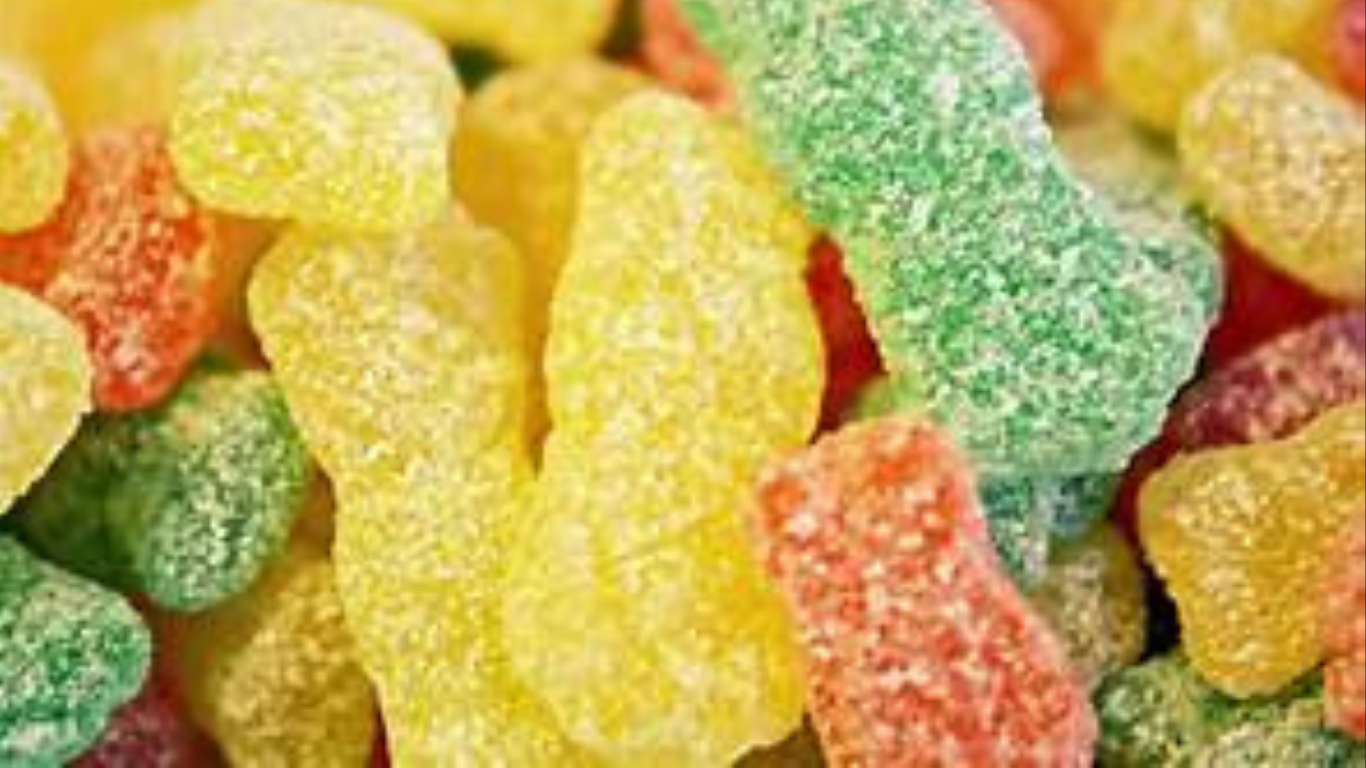 Sour Patch Kids are an exceptionally popular type of candy which are covered in sugar. They come in various flavors, such as mango, watermelon, tropical, and berries (they have bizarre flavors like pop and ice-cream).

In this article, we’re looking at whether or not Sour Patch Kids are suitable for vegans. We’ll find out a little more about how they are made, the processes that these sweets go through, and we’ll also see if there are any animal-based or artificial ingredients in this very popular candy which would mean that they would not be suitable for someone who follows a vegan lifestyle so let’s find out Are Sour Patch Kids Vegan?

What is in Sour Patch Kids?

The main ingredients found in Sour Patch Kids are as follows:

Which ingredients in Sour Patch Kids are not Vegan?

The gelatin in Sour Patch Kids is not vegan. Gelatin is a protein that is derived from animal bones, skin, and connective tissue. It is used in food as a thickener and gelling agent. Gelatin can also be commonly found in many foods such as marshmallows, yogurt, ice cream, and jelly beans.

Why is sugar not always Vegan?

Sugar is not always vegan because it is often processed with bone char to achieve its white color. We have written a more detailed post on Is Sugar Vegan? so if you are interested in finding out more of the specifics of why some people consider certain sugar to not be vegan then please click here.

The answer to this question is not straightforward. Vegans can eat natural flavorings as long as they are derived from plant sources.

However, when it comes to artificial flavors things might get a bit tricky since these chemicals may have been tested on animals before being deemed safe to consume.

A note on natural flavors

In the food industry, natural flavor is a common ingredient you can see on product labels. It’s a broad term that can refer to anything from natural products to artificial ones. The term natural flavor isn’t well defined officially.

So all it means is that they are natural ingredients. The issue with “natural” flavor is that it can describe nearly all kinds of food.

There’s no way of telling which ingredients are contained within natural flavorings because, as of yet, the FDA has not required food manufacturers to disclose their ingredient list.

This means that the natural flavorings in the food you eat could be made from any combination of meat, seafood, poultry eggs, or dairy products.

A note on artificial flavors

Artificial flavors are substances that are used to imitate the taste of a food or drink. They can be made from natural sources, but they can also be made artificially in a lab.

There are strict regulations that require all ingredients that are not vegan or do not come from natural sources to be extensively tested. All artificial flavors need to be fully scrutinized before they can enter our product range.

Some of the testing methods may include conducting experimentations of animals such as guinea pigs, rodents, and rabbits. Tests can consist of feeding animals these flavor ingredients or rubbing them against their eyes or skin. Tests may be performed to detect any potential side effects.

For all vegans who do not abide by a strict vegan lifestyle, brands that make artificial ingredients and colorings not derived from plants and use animals in their process may be considered non-vegan.

What is bone char?

Bone char is a substance that is used to filter sugar and remove impurities. It is made from animal bones, usually cattle bones, and it can be found in many different types of sugar products. The animal bones are heated until they are charred and then they are ground into a powder.

It was originally used by the sugar industry for its ability to remove impurities from sugar syrup, but it has also been used for many other purposes such as a pigment for inks, paints, and artist pastels.

What is lactic acid?

Lactic acid is a naturally occurring organic compound that can be found in many foods and drinks such as milk, yogurt, and sourdough bread.

It is used as an additive to food products for its flavor-enhancing properties. It also has preservative qualities that help extend the shelf life of some food products.

What is palm oil?

Palm oil is a vegetable oil that is extracted from the fruit of the African palm tree. It has been used for centuries in cooking and as an ingredient in many packaged foods.

Palm oil can be found in many different types of food, including margarine, chocolate, ice cream, and cookies.

What flavors of Sour Patch Kids are Vegan?

No. While Sour Punch Straws do not contain any ingredients that are derived from animals. However, some vegans may consider certain ingredients that may not be 100% vegan because of the way they are processed specifically how it has been made.

Unfortunately, the sugar in Sour Patch Straws is the main problem for Vegans, while sugar can be made from other sources, a lot of sugar will be made from bone char which comes from cattle bones.

The way a company decides to process their sugar, whether using bone char or not, can vary from one company to the next.

For candy companies who buy sugar from different suppliers, the particular process by which the sugar is made is unknown. Sour Patch Kids and Sour Patch Straws provide examples of this dilemma when their sugar sources are not clear.

Although Sour Patch Straws don’t have animal products, they may not be suitable for vegans due to the issues mentioned above.

Sour Patch Watermelon are not 100% vegan. While they don’t contain gelatin, there are other ingredients such as sugar and artificial flavors which may not be completely vegan friendly.

It may only be ok if you’re not strict on specific ingredients such as bone charring of sugar and the possible testing of artificial flavors on animals.

If you can’t have Sour Patch Kids, which other sweets can you have?

Whether as a snack or as a topping, YumEarth Organic Sour Beans provide a fun and flavorful sour taste. They are vegan friendly, and gluten-free and do not contain any added artificial colors.

Project 7 is not only vegan friendly but also keto-friendly. It only contains 3g of sugar in each pack. Vegans who are strict with their ingredients would be glad to know that Project 7 does not contain any ingredients that are derived from animals.

Candy People treats are made with just natural fruit juice and ingredients. They are originally made in northern Europe. Candy people are non-GMO, vegan-friendly, gluten-free, and colored using safe food dyes. Their bright colors come from turmeric extract.

A favorite in our household – Candy Kittens – they are very tasty and they come in a huge array of flavors, sour ones and jelly ones, they use natural flavors and have just released some ‘posh’ flavors which are all 100% Vegan.

Are all Sour Patch vegan?

No, not all Sour Patch are vegan because they may contain gelatin depending on where you bought it.

Are Sour Patch Kids bad for you?

Yes, Sour Patch Kids are unhealthy. They are not an exception to the rule that any candy that contains sugar in large amounts is unhealthy and should be eaten in moderation if at all.

Can vegetarians have Sour Patch Kids?

Does Sour Patch have gelatin?

Sour Patch Kids produce different types of candy and it varies depending on the production location. Sour Patch Kids from the U.K. have been found to include gelatin as an ingredient on the box. While Sour Patch Kids made in the US generally do not contain gelatin.

While Sour Patch Kids are one of the popular candies in the world however they are not vegan and are considered unhealthy to consume because of the amount of sugar and artificial flavors it contains.

If you want to eat sour and sweet candy which is vegan and also not unhealthy you can opt for the alternatives that we have mentioned in this article.

If you have found this article informative then you may also enjoy some of our other information articles: 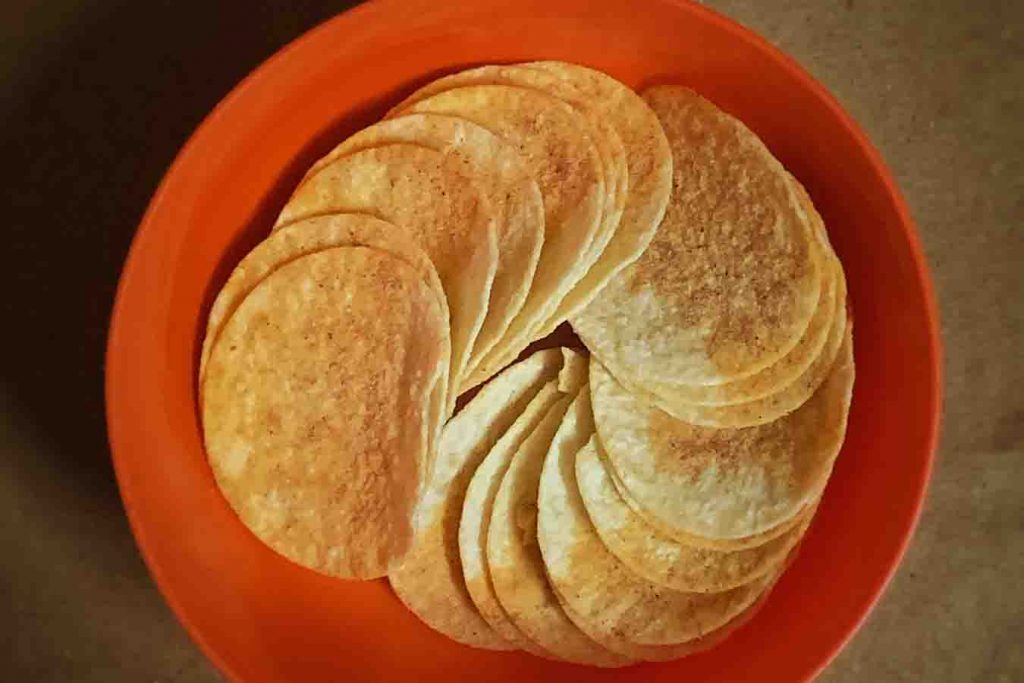